Thank you Broadwaystars and NYIT Awards for featuring this wonderful interview about my He For She inspired HAMLET. And thank you for the lovely comments! 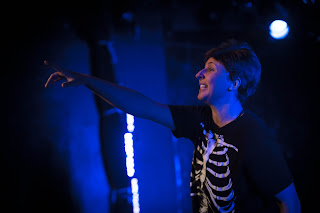 Posted by Ashley Griffin at 2:04 PM No comments:

I just made history! 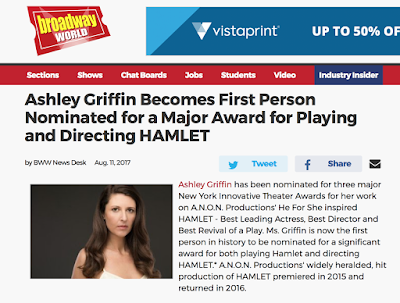 I am overwhelmed to be able to officially announce that, not only was my He For She inspired NYC production of HAMLET nominated for three major New York Innovative Theater Awards (Best Leading Actress for myself, Best Director for myself, and Best Revival of a Play,) but apparently I have just made history.

I'm the first person (not woman, person) ever nominated for a major award for both playing and directing HAMLET.

And there are articles being posted about it! 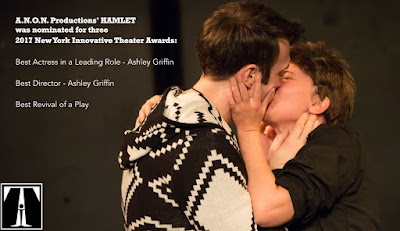 I'm so honored and excited you guys!
Posted by Ashley Griffin at 12:38 PM 1 comment: